Fortunately, the 21st century gives us a lot more opportunities in building relationships than the earlier times. Thus, new types of relationships emerge, so do new kinds of partners. This time we are going to talk about spoiled girlfriends, sex workers, gold diggers, and sugar babies – is there any difference between them and if there is, why don’t people distinguish all of them?

Sugar dating is gaining momentum at present. Sugar babies find their sugar daddies, and in such a relationship both of them get benefits. The former get financial support, whereas the latter receive woman’s attention and, most probably, sex.

Although everything is simple, this kind of a relationship can be confusing for lots of people. Therefore, sugar babies at best are often referred to as gold-diggers and at worst – they are confused with prostitutes. So where’s the line?
RELATED: Ten Most Common New Sugar Baby Questions

The thing is that spoiled girlfriends take part in traditional relationships, what can’t be said about sugar babies. Traditional relationship envisages that a man and a woman date until they end up staying in a long-term relationship (get married, for example). All the chemistry between them is accompanied by such couple issues like going out on dates, planning their future, sharing budget, buying an apartment, going to cinemas and so on.

And when a lady starts demanding too much in such relationship with giving almost nothing back, she can be called a spoiled girlfriend.

Why isn’t sugar baby the one? Because she doesn’t participate in a traditional relationship. She has an arrangement with a man that she won’t rely on emotionally, they won’t have any future together and their relationship is confidential. All she gives him is her attention and only in the frames that they have established before they entered the relationship.

Sugar baby vs spoiled girlfriend—what is the difference?

Traditional relationships are not the only reason a sugar baby can’t be called a spoiled girl. Indeed, in ordinary relationships, we can assume that each member of the couple has its own advantages.

Usually, in a spoiled girlfriend relationship, a woman gets everything she wants just because her boyfriend loves and adores her. A loving husband does not mind satisfying all the desires of his spoiled sweetheart, especially if he has a lot of money. Therefore, such lucky girls get the nickname “spoiled girlfriend” because their men spoiled them with expensive gifts.

Meantime, sugar daddy provides sugar baby financially, not because he has deep feelings for her, but because they have an agreement. Sugar daddy expresses his gratitude with money, not because of love.

Spoiled girlfriend meaning implies getting anything from their wealthy husbands. Taking advantage of the fact that the girl is his wife, she can ask him for a gift of any value. If, for example, a spoiled girl has a millionaire husband, she can receive an apartment, a house, or even a company as a gift. While sugar babies never receive such expensive gifts. Their benefit ends up getting a monthly allowance. Sugar babies can also get branded items or costly phones, but they are never equal to the level of spoiled girls.

Sugar baby vs prostitute—what is the difference?

The mentioned above are general examples of why sugar babies are different from sex workers. Next, we will give you more examples to explain that comparing sex workers and sugar babies is incorrect. So that you no longer ask, “Is a sugar baby a sex worker?” are the following reasons.

Prostitution is the type (in some countries illegal) of a person’s employment, i.e., his or her occupation. Prostitutes spend their time having sex with a client. Usually, they have no choice and are forced to serve the client who visits their institution. Sugar baby escort has one goal—to get money for the service. In comparison, a sugar baby is not a profession, but only a nickname given to a specific category of women. Being a sugar baby is not a profession. Sugar baby can be a successful doctor and teacher, meeting sugar daddies at the same time. Some sugar babies meet with sugar daddies regularly, making meetings their primary source of income. That is why we cannot compare sugar baby vs escort vs prostitute.

Prostitutes earn their living only by having sex. They receive money for a particular service. At the same time, sugar baby vs. escort may not even have sex with their sugar daddy. Sugar babies can walk, spend time, and socialize with a sugar daddy. They can get paid only for being beautiful companions. Although sex is possible in sugar dating, it is not the primary purpose of the non-stings-attached relationship. That is why the answer to the question are sugar babies prostitutes is no.

It is not a secret that lots of sugar babies survive thanks to sex. However, that’s not what defines them. When men start a relationship with sugar ladies, they expect more from them than just sex. If they wanted only THAT, they would turn exclusively turn to sex workers.

Sugar babies are expected to be amazing companions, listeners, entertainers. And often they stay in a non-traditional relationship with a man for a pretty long time – at least longer than a one-night stand – attending social events, theatres, cinemas, exhibitions and so on.

Sex workers, on the other hand, don’t enter any relationships with men, they merely provide sexual services for money, and that’s it. 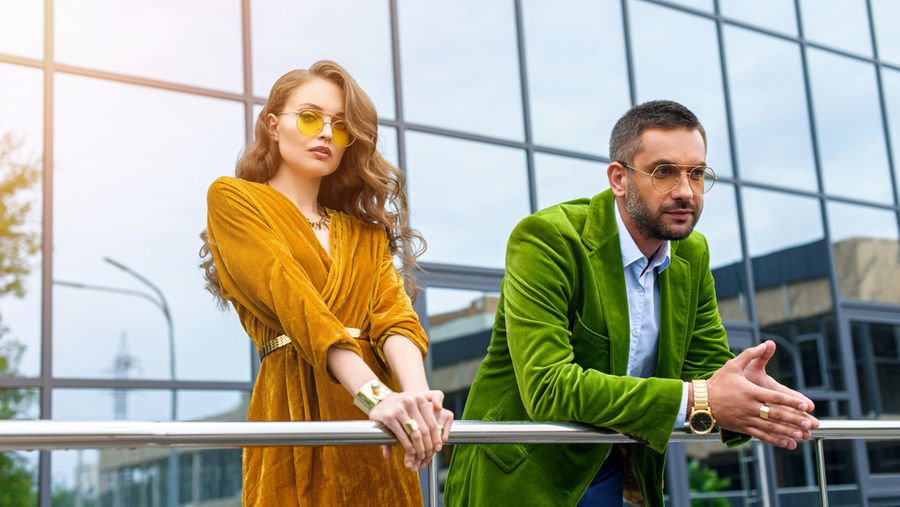 Gold diggers are thought to be dishonest women who date millionaires just to get their money. There’s no commitment, no fair agreement, no trust. Trust is crucial in men’s relationship with sugar babies as their reputation can be dependent on it.

Gold diggers only seek money, and they can get out of a relationship when they are satisfied.

Sugar baby vs gold digger—what is the difference?

Of course, a person unfamiliar with dating terms and concepts may think that gold diggers are no different than sugar babies because they both want to get money from the most prosperous men. However, there is a striking difference between gold digger vs sugar baby.

Gold diggers are scammers who deceive other people. For example, they fake their love for their husband or boyfriend. Gold digger girls usually mimic their emotions to enjoy the profits of a wealthy man. The problem is that the man has no idea that the woman is dating him just for the money but believes in her warm feelings. Therefore, a gold digger meaning is neither honest nor moral.

In the case of sugar babies, the opposite is true. Sugar daddies look for girls with a specific goal and do not feel attached to them. While sugar babies also know what they want, namely money. In the sugar type of relationship, both parties know each other’s desires and profits. Sugar daddy wants to spend time with a girl, knowing that this is a paid service. That is why the gold digger woman definition differs from the sugar baby definition drastically.

As you can see, sugar babies is a very different category of women, who know what they want and have dignity.

Sam is a professional matchmaker with over 25 years of experience in the dating industry. Throughout his career, Sam has acquired a natural knack for understanding the needs of singles who are looking for mutually beneficial relationships.
Leave a commentCancel reply
Advertisement
🔥 Top 3 Dating Sites

SugarDaddy.com
Are you looking for a
Quiz
BabyDaddyMommy